In The Fire by NiagraThisWeek.com

You are here:
Press 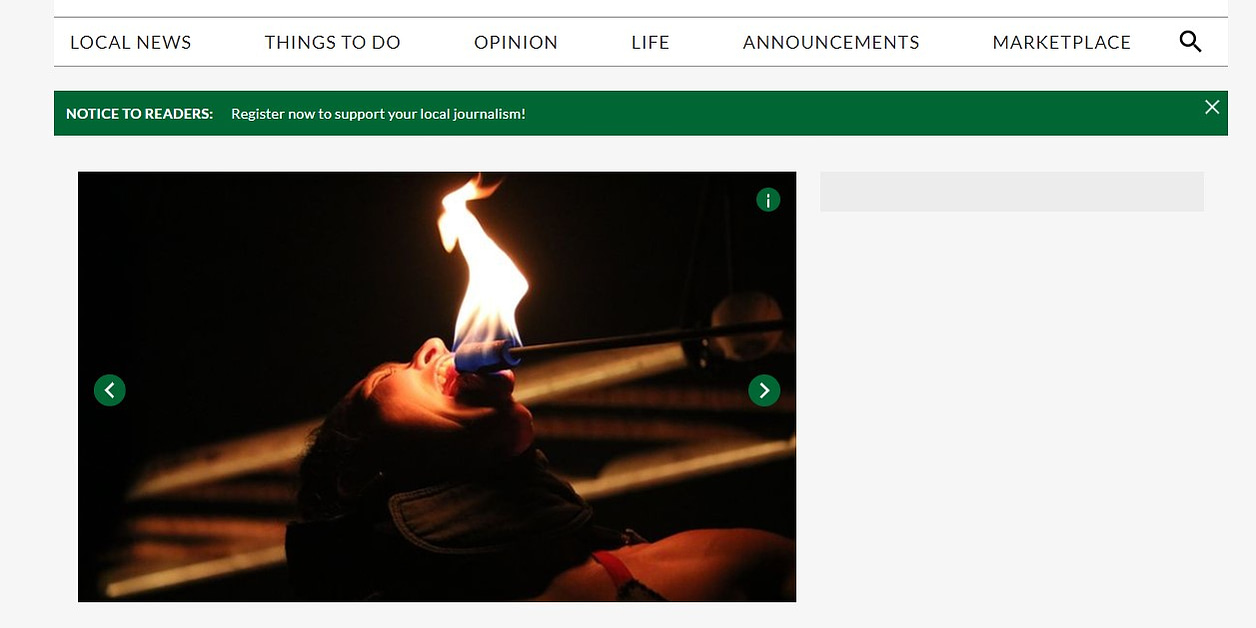 ‘In the Fire’ to be performed in New York

“In the Fire” uses circus arts to tell emotional stories of George Treddenick’s career as a firefighter in Winnipeg, drawing viewers in with themes of loss, memories, trauma and relationships.

Now Holly Treddenick, his daughter and owner of Femmes du Feu Creations in Welland, is taking the show international, sharing her father’s stories and her experiences as the daughter of a first responder with audiences in Montclair, New York.

“I didn’t grow up understanding really the depth of what he was experiencing, and how that was impacting him as a person emotionally, spiritually, and how that was affecting our relationship,” explained Holly, who created the show and is the only performer.

Throughout the show she uses many unique apparatuses to bring his stories to life, including fire hoses that have been hung like aerial silks, a fire pole, a ladder used in three different ways throughout the show and a turnout coat.

This includes stories of deep loss, like a woman who was rescued from the second floor of a building on fire who only lived for another day, and two captains killed by toxic gasses and explosives.

Holly says, while talking about these things with her father was difficult, creating the show encouraged her to find a way record these stories and have much more intimate discussions about his career.

“I can imagine him passing away and me not knowing these stories, or having some stories, but not recorded them or captured them or shared them. The public then just doesn’t really know what that experience is,” she added.

George saw his daughter’s show, which she has been working on since 2017, for the first time in October, and says he’s incredibly proud to see his daughter finally bring it to life.

“It’s been really emotional, and it’s been a real honour to be honoured while you’re alive,” he said.

John Gzowski composed songs for “In the Fire” after Holly received funding from a commissioner, helping to bring her dreams of having a choir performing during the show to life.