In The Fire – Welland Tribune

You are here:
Press 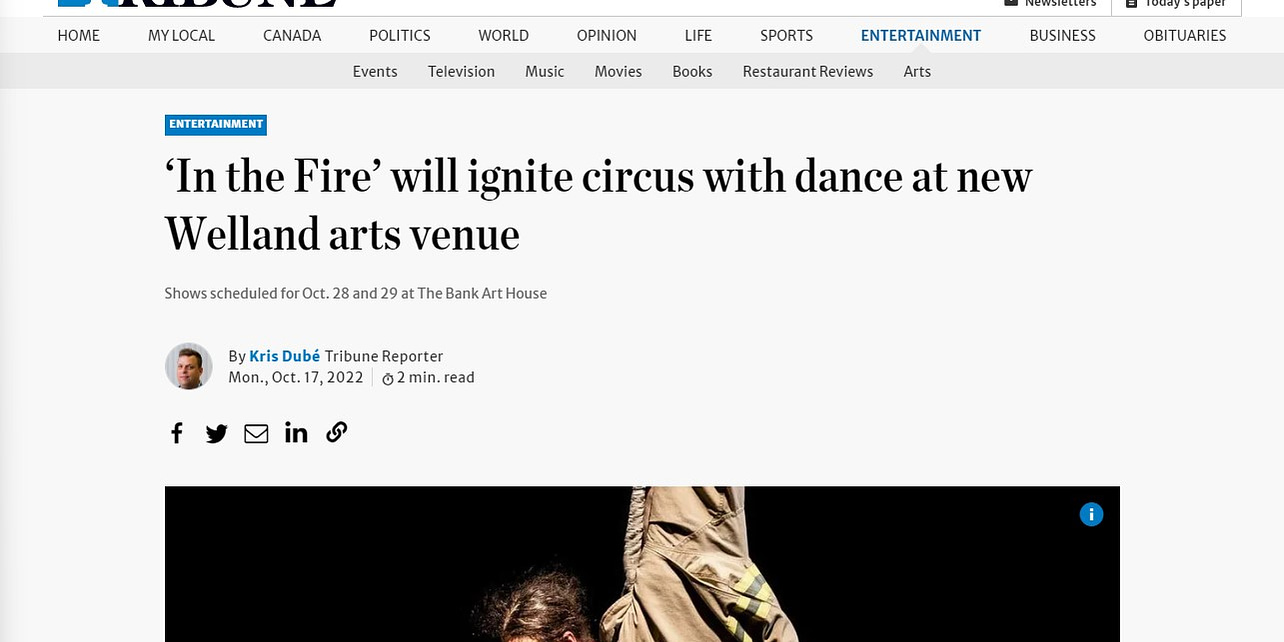 'In The Fire' by The Welland Tribune

An upcoming performance at a new hub for Welland’s artistic community will fan some emotional flames.

“In the Fire,” curated by Femmes Du Feu Creations, is a circus-dance spectacle at The Bank Art House at 22 King St., the former CIBC bank, to be performed Oct. 28 and 29.

It’s a tale based on stories from the firefighting career of George Treddenick, the father of Holly Treddenick, who owns the site with her husband Peter Benedetti.

They took over in 2019 and officially opened the doors this earlier this year, welcoming the public for “Circus Sessions” in June.

“He always had some pretty crazy stories,” said Treddenick about her father, who was one of seven founders of the Winnipeg Fire Fighters Museum in the late 1990s.

She is the star of the show, incorporating apparatuses and set materials formed from firefighting equipment, such as rope, a ladder and fire hose.

Opus 8, a choir from Toronto, will be part of this month’s show. Treddenick described the ensemble as “incredible and powerful” singers.

“It’s such a gift to be working with them.”